Quite often during daytime hours TCM will dedicate a block of movies to a star. Beginning at 8:45 am today and running until 8 pm, the honoree is little-known star Virginia Vale, with nine of her movies being screened. Born Dorothy Howe in Dallas, Texas, on May 20, 1920, she was active in competition figure skating before breaking into the movies for Paramount in 1937 with Night Club Scandal. Her big break came in July 1939 when she and Kirby Grant Hoon, Jr. were named the winners of Jesse L. Lasky’s “Gateway to Hollywood” radio talent search. Their reward was membership in the Screen Actors Guild and stage names. For Dorothy, it was “Virginia Vale,” and Kirby was given the name “Robert Stanton.” (He would later change his name back to “Kirby Grant,” and go on to enjoy a decent career in films, moving to television in 1952, where he starred for seven years in the program Sky King.) 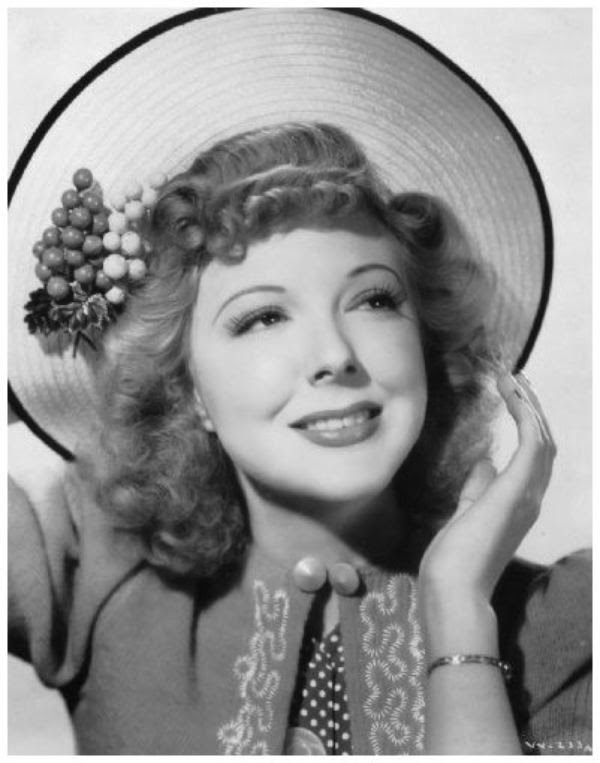 As Virginia Vale, Dorothy moved to RKO, beginning with the retail drama, Three Sons, in 1939. She never managed to work her way out of the B-unit and was loaned to PRC in 1941. It was there she would make features, while returning to RKO for shorts, mostly with Leon Errol. Her last film was Crime, Inc. (1945), a tepid drama from PRC about a crusading crime reporter (Tom Neal) and his battle with the Mob. She retired from movies and went to work as an executive secretary at Lockheed, staying there for over 30 years until her retirement. In her spare time she was a competition judge for the U.S. Figure Skating Association and was honored in 2002 for her service both as a competitor and as a judge.

Outside of the cult film, Blonde Comet (PRC, 1942), where she plays a racing car driver, Vale is best known for her Westerns. In a little under a year (1939-40) she made six with co-star George O’Brien. Four of these will be shown, including the three listed below. Yes, they’re low-budget efforts, but in this case “low budget” isn’t synonymous with “bad,” and I’m sure that even those who aren’t crazy about Westerns will find something to like in them.

We have all the ingredients here for a routine programmer: corrupt lawman, a pretty schoolmarm in danger, and a guy passing through who helps and is suddenly drafted into law enforcement. But the performances of the leads (O’Brien, Vale, Ames) raise this from the mediocre into a film better than many later “A” efforts in the ‘40s and ‘50s. Vale is schoolmarm Virginia King, and she’s just left the town of Mesa City, Arizona, to escape the lecherous Sheriff Jud Cronin (Ames). Headed for Yuma, her stagecoach is attacked by a masked gang led by Cronin’s toady, Pete Henderson (McGuinn). The gang is foiled, disarmed and unmasked by ex-lawman Cliff Mason (O’Brien), who just happens to be passing through. Cliff identifies the outlaws to Marshal Thompson (Lucas) who’s promptly killed while trying to arrest Henderson. Cliff is appointed acting marshal by the mayor and sets about cleaning up the town. He’s aided in his task by an unlikely ally – Duke Allison (Brandon), a hired gun sent to kill him by Cronin, but who joins up with the new marshal when Cliff saves his life. Rancher Steve Condon (O’Brien), along with sidekick Pop Norton (Whitaker), ride to Encintas, a small town on the Mexican border, to break the news to the family of cowpoke Bud Mathews that Bud has been killed by rustlers in a cattle raid. Steve mistakenly believes that he fired the shot that killed Bud. Arriving in Encintas, Steve learns that old John Mathews (Hickman) and his daughter Molly (Vale) are being pressured to sell by a mysterious figure, and so Steve and Pop hire on as cowhands to investigate. They discover that the Mathews ranch is the only unpatrolled area along the border – making it an invaluable right-of-way for rustlers transporting cattle across the border.

In town, Steve notices Cass Barton, one of the ranch hands he has hired, coming out of the office of Sam Gorman, head of the land company. Steve now begins to suspect that Gorman is the mysterious figure behind the Mathews’ troubles, and corners Cass and Cass’s buddy Scar Atwood back at the ranch accusing them of working for Gorman, but they counter by accusing Steve of killing Bud Mathews. Mathews believes then and orders Steve and Pop off the ranch. The way Scar levels his accusation at Steve and Pop is enough for Steve to suspect that it was Cass and Scar that did away with Bud. Steve follows the pair into town, where they stop off at Gorman’s office. Gorman pays them off for getting Steve out of town. Later, unwilling to split the money, Cass shoots Scar. Scar, thinking he is going to die, tells Steve and the sheriff that Cass shot Bud Mathews and that Gorman is the one behind trying to drive the Mathews off their ranch, and he’s heading there right now with his men. Steve and Pop ride out to the ranch, and, with the help of Pop, keep the baddies at bay until the sheriff and his posse can arrive.

Jeff Toland (O’Brien), a young lawyer looking to start his practice, comes to Ivestown. Upon arrival, he’s met by a group of vigilantes who tell him the best move he could make is to leave town. It turns out that the group, originally begun by the town’s founder, Henry Ives (Sothern), to maintain law and order, has become a cloak for a lawless group headed by Ives’s brother-in-law, Les Harper (Willis). When Harper learns the railroad is coming through the adjoining village of East Ivestown, he plans to drive out those who live along the right-of-way, and take over their land. It’s up to Jeff to stop them. Aided by Ives and his sister, Ellen (Vale), Jeff takes on the gang. RKO remade the film two years later as Pirates of the Prairie, with Tim Holt in the O’Brien role, albeit with some character changes.
Posted by Celluloid club at 7:44 AM