In 1935, MGM had a hit with Ah, Wilderness!, a sentimental look at turn-of-the-century life starring Wallace Beery, Lionel Barrymore, Aline MacMahon, Spring Byington, Cecilia Parker, Eric Linden, and Mickey Rooney. Based on the play of the same name by Eugene O’Neill, it centers on the Miller family and their trials and tribulations, especially those of teenager Richard Miller (Linden). The profit, combined with MGM’s Louis B. Mayer looking for more sentimental family fare, led producers to dig around for suitable material. Sam Marx, a senior story editor at the studio, came across a play from 1928 titled Skidding, written by Aurania Rouverol, that he remembered seeing on Broadway. He took it to producer Lucien Hubbard, but Hubbard wasn’t buying. So Marx went to Mayer, and Mayer ordered Hubbard to buy the rights to the play and put it on screen. Mayer and Hubbard agreed it should be made as a “B,” fit for the bottom of the bill. They already had the sets, and signed on Seitz to direct after Richard Thorpe and Edwin L. Marin turned down the project.

It was also decided to use most of the cast from Ah, Wilderness! Barrymore was between assignments and was under contract, so despite his objections, he was cast in the lead as Judge James K. Hardy. Byington was tapped for the role Mrs. Hardy, Parker would play Marion Hardy, and Sara Haden would play Aunt Milly Forrest. Frankie Thomas was originally cast as the youngest of the Hardy clan, Andy, but by the time filming began he had grown too tall and was replaced by the diminutive Mickey Rooney. Linden was also cast as Marion’s boyfriend.

Judge Hardy is a man beset by two large problems, one personal and the other political. Though he is one of the most respected men in the town of Carvel, he angers townsfolk when he issues a temporary restraining order against the construction of a $30 million aqueduct. The contractor on the project, Hoyt Wells (Jackson), threatens to oust the judge at the next election. There’s even more bad news: Frank Redmond (Grapewin), the editor and publisher of the town’s newspaper, The Star, supports Wells in the matter.

That same evening, Marion Hardy returns home from college, while their oldest daughter, Joan Hardy Martin (Haydon) also returns home after a secret separation from her husband Bill. A telephone inquiry from The Star’s gossip columnist about a party the family is giving for Marion turns nasty after being informed by her editor that only “bad” items about the Hardys are to be printed. She writes hat Joan and her husband Bill are about to put “boxing gloves on.” Also that night, teenaged Andy is reluctantly leaving to take his old childhood sweetheart, Polly Benedict (Marquis), who has recently returned to town, to a party. When she answers the door, Andy sees that the girl who left has now grown into a beautiful woman and is pleasantly surprised.

Marion’s new boyfriend, Wayne Trent (Linden), who she met on the train, is an engineer who has come to town to work on the aqueduct. Her father’s position on the matter worries her. Joan later confides to her father that she and Bill are separated. After telling him that she and Bill are running with a “fast crowd,” she goes on to say that she went to a roadhouse with another man and was spotted by Bill. Even though everything was innocent, Bill will not listen to her side of the story. 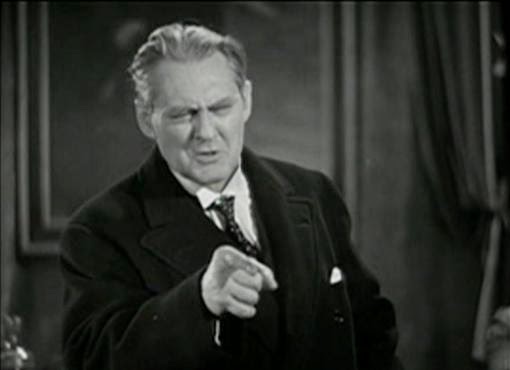 The next day, The Star’s headline reads, "Citizens Committee Moves to Impeach Judge Hardy," and the paper is posted on the public bulletin boards. An angry Judge Hardy wants to bring contempt of court proceedings against The Star and Redmond. J. Carroll Nichols, the man who originally asked for the restraining order, wants to drop the suit to protect the judge, but Judge Hardy refuses his request. Soon the entire town is now against the judge, afraid that the extra jobs and money promised by Wells will be lost. Polly refuses to speak to Andy because her father opposes the judge, and even Marion and Wayne argue because they cannot get married if Wayne doesn't get to work on the aqueduct.

It all comes to a head at a political convention, called to determine the judge’s fate. Down, but not out, Judge Hardy calls son-in-law Bill (Vincent) down to set straight the gossip about his impending divorce. Bill tells the crowd that he and Joan are not only happily married, but if The Star proceeds with the divorce story, he will sue for libel. The judge then grabs the podium and begins to read the “fine print” in the aqueduct contract. It seems that under the agreement, Wells can impound the land adjacent to the Carvel River, an act that would ruin many of the townspeople. Realizing that the judge has saved the town, the crowd cheers as he makes the injunction permanent.

Judge and Mrs. Hardy and their daughters Joan and Marion are now happy, and are joined by Andy when Polly apologizes to him and gives him a kiss. 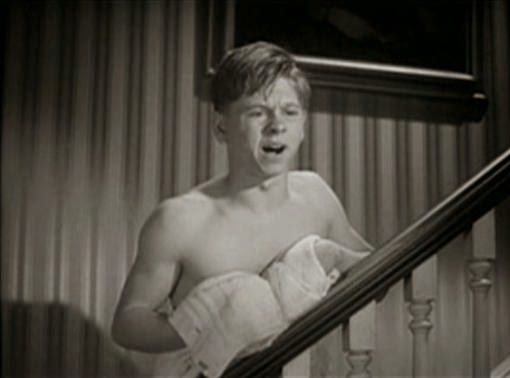 To MGM’s surprise, this small B picture that was shot in only 15 days on a shoestring budget was a smash hit. Critics were near unanimous in their praise, patrons wrote to MGM asking for another Hardy movie, and most importantly for the studio, exhibitors also sent telegrams to the studio asking for another Hardy film. In many locations, the film was held over and made the “A” film while another move was brought in to fill the bill. According to Andrea Passaflume, who wrote an article on the film for TCM, “One exhibitor from Rochester, New York, wired MGM, 'For God's sake let's have more of that Rooney kid. He really wowed them...The kid's a gold mine...Please make another Hardy picture right away.'"

It was considered most unusual for studios to make sequels in 1937 – especially a sequel to a B movie – but MGM head Mayer recognized potential when he saw it and soon ordered a second Hardy film called You're Only Young Once, also released in 1937. This time out, however, only Rooney, Parker (Marion) and Haden (Aunt Milly) reprised their original roles. Barrymore supposedly declined a second feature, telling the studio that he did not want to work in a series. (He would later change his mind when struck down by crippling arthritis and happily accepted the role of Dr. Gillespie in the Dr. Kildare series. Reportedly, he said that playing second banana to Lew Ayres was preferable to playing second banana to Rooney.) I think, though, the real reason MGM was happy to bilge Barrymore was because he was too crusty a character to play the judge. Mayer was reimaging America as a kindly place, and so needed a kindly Judge Hardy. Enter Lewis Stone, who would play the role throughout the rest of the series.


Byington was also dropped, with Fay Holden assuming the role of Mrs. Hardy. Ann Rutherford replaced Margaret Marquis as Polly Benedict, and Joan, the oldest sister, was dropped entirely (shades of Chuck Cunningham in Happy Days). The biggest change came with the character of Andy Hardy. Though his character is secondary in A Family Affair, he soon became the focus of the Hardy series. And as Rooney's stardom skyrocketed, the titles for the Hardy picture, beginning with 1938’s Love Finds Andy Hardy, started featuring Andy Hardy's name. We may laugh at the Hardy features today as antiquated corn-on-the-cob, but the series was the direct ancestor of the family sitcoms that came to dominate television in the ‘50s, such as Father Knows Best, The Donna Reed Show, Leave It to Beaver, and so on into time with Happy Days and The Cosby Show. It was none other than Mayer who saw the future, although not quite in that form.
Posted by Celluloid club at 10:22 AM