STAR OF THE MONTH

We continue noting the films of TCM’s Star of the Month, Cary Grant. Now that December is winding down, Grant’s later films are featured, and there’s hardly a runt in the litter.

December 22: A great night of Grant comedies. Start at 8:00 with the thoroughly delightful and sophisticated Howard Hawks film, His Girl Friday, from 1940. Not only is Cary Grant top form in this creative remake of The Front Page, he’s ably abetted with an enchanting performance from co-star Rosalind Russell that matches him note for note. Also starring Ralph Bellamy, Gene Lockhart, and Porter Hall in wonderful supporting turns. 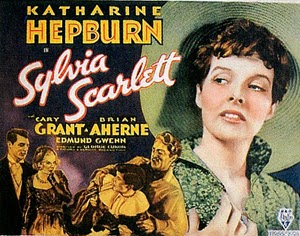 December 23: The spillover from the night before sees Grant in three more films: The most unusual Sylvia Scarlett (RKO, 1935), with Katharine Hepburn, at 7:00 am; Penny Serenade (Columbia, 1941) with Irene Dunne ay 8:45 am; and the classic soaper, In Name Only (RKO, 1939), with Grant caught between Carole Lombard and Kay Francis, at 11:00 am.

TCM continues with its tribute to director Charles Walters.

December 19: The best of the night is the first, High Society, at 8:00. This musical remake of The Philadelphia Story boasts strong performances from stars Bing Crosby, Grace Kelly, and Frank Sinatra. Louis Armstrong and his band also offer solid support. It was Kelly’s last film before she turned in her clapboard for a tiara. 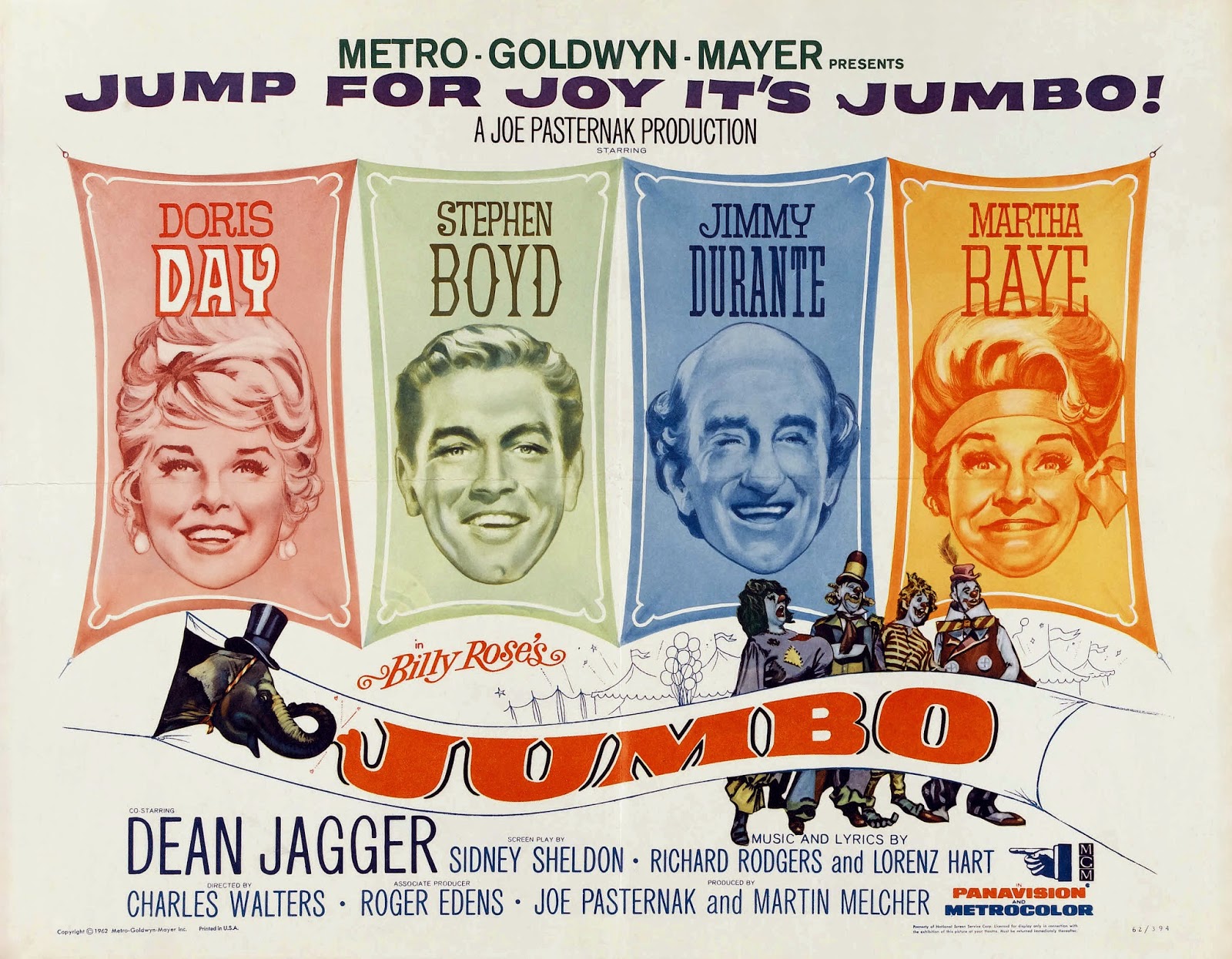 December 28: There are better films this time around. Start at 8:00 with Billy Rose’s Jumbo, combining a decent circus story with some really great musical numbers staged by Busby Berkeley. Doris Day, Stephen Boyd and Jimmy Durante star in this 1962 production from MGM. At 10:30 it’s The Unsinkable Molly Brown, the story of the Colorado woman who struck it rich and survived the Titanic. Debbie Reynolds sings and dances up a storm, dominating the picture and getting a nomination for Best Actress in the process. This 1964 production was a huge hit for MGM. And at 1:00 am, it’s Please Don’t Eat the Daises, from MGM in 1960. David Niven and Doris Day star in this pleasant comedy as a drama critic and wife who leave the city and try to adjust to life in the country. It’s based on the best seller from Jean Kerr, who based it rather loosely on her experiences with husband Walter Kerr, the drama critic for the New York Times.

December 21: The night is devoted to a new feature, courtesy of a deal between Turner and Disney. Treasures From the Disney Vault kicks off a 8:00 with three classic Disney cartoons; Santa’s Workshop (1932), Chip an’ Dale (1947), and On Ice (1935). Also of note: The Reluctant Dragon (1941) at 9:30; Davy Crockett, King of the Wild Frontier (1955), a compilation of three episodes from the Fess Parker classic, at 11:00; and the movie Third Man on the Mountain (1959), starring Michael Rennie, James MacArthur, Janet Munro, and James Donald. MacArthur is a boy who attempts to realize his father’s dream of climbing a peak known as the Citadel.

December 28: Two films from Russian-born French director Sacha Guitry are on the slate. First up at 2:45 am is The Story of a Cheat (1937), which was based on Guitry’s novel Le Memories D’Un Tricheur (The Memoirs of a Cheater). It’s the story of a boy who is sent to his room without supper for stealing. When the family dies from poisonous mushrooms in the dinner, the young man concludes that crime does indeed pay. Look for Roger Duchesne (Bob le flambeur) as Serge Abrasmovich. Following at 4:15 am is Guitry’s The Pearls of the Crown (1937), an anthology about seven pearls that shape the destinies of those who possess them. It’s a lovely, fanciful film that played to great acclaim when released in America. But what happened to Guitry in real life easily eclipsed his films. He was accused of collaboration during the Nazi Occupation, and although cleared of all charges later, suffered both personally and professionally.

December 31: At 10:45 am, it’s one the great British crime classics, Brighton Rock, from the Boulting Brothers, in 1947. Based on the Graham Greene novel of the same name, it features a tour de force performance from Richard Attenborough as Pinkie Brown, the sadistic teenaged leader of a gang decimated by the loss of its leader and top enforcer. While holding his gang together, he romances a shy waitress named Rose, who may have witnessed a murder he committed. His solution is to marry her. Opposing him is the formidable Ida Arnold (Hermione Badderly), whose tenacity ultimately brings him down. Watch for the macabre ending. And watch for the performances of Attenborough and Badderly, who steals every scene she’s in.

December 20: Yes, Virginia, there is a Santa Claus. At least a psychotronic Santa Claus, that is. At 2:00 am, TCM is airing the Mexican production Santa Claus, from 1959. In this film Santa enlists the help of Merlin to help him save Christmas from the devil. How good is it? Let’s just say that it was featured on an episode of Mystery Science Theater 3000. The slasher film, New Year’s Evil (1981) follows at 4:00 am.

December 27: For those who love the wonderfully absurd Carry On features, Carry On Teacher (1962) debuts at 10:30 am. Students try to sabotage a popular headmaster’s plans to leave for another job. It features the usual cast: Kenneth Connor, Charles Hawtrey, and Kenneth Williams. For those who are new to these films, I recommend them highly as great examples of low British humor - and funny. 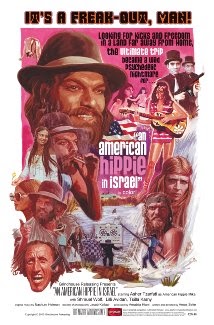 At 2:00 am, it’s An American Hippie in Israel (1972). It’s one I haven’t seen, so I’ll supply a synopsis from IMDb: “Incited by a disillusioned young man who has decided to flee from civilization, a group of 4 people go searching for freedom and happiness on an isolated island. When their boat goes astray and they are left without food, their animal instincts take over, bringing the film to its catastrophic end.” You decide.