STAR OF THE MONTH

January’s Star of the Month is Robert Redford. Redford is emblematic of the new type of Hollywood star in that he first cut his celluloid teeth in television, which became the new “B-Movie” in the late ‘50s. He worked out of New York, which enabled him to find work on the Broadway stage and work in television when otherwise unemployed. 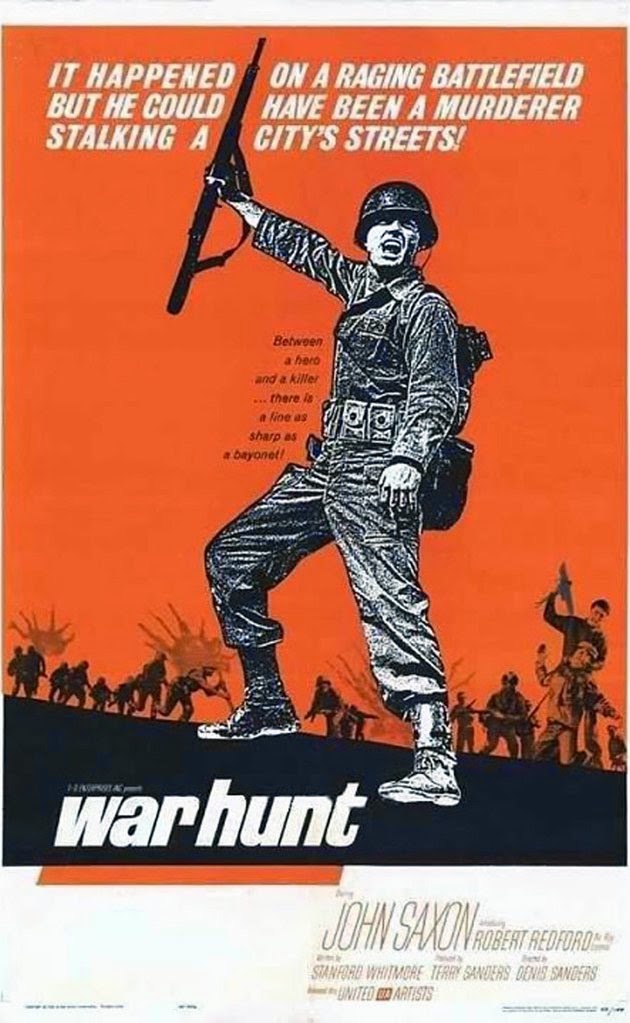 In 1962, Redford made his big screen debut in the Korean War drama War Hunt. The movie also marked the film debut of Sydney Pollack, who later turned to directing and became one of Redford’s strongest collaborators. Meanwhile, in 1963, Redford scored a major Broadway hit in Neil Simon’s Barefoot in the Park. He would reprise his role in the film adaptation.

In 1980, Redford made his directorial debut with the drama Ordinary People. It won the Oscar for Best Picture and Redford was awarded a statue for Best Director. His next film, The Milagro Beanfield War (1987), flopped, but his third directorial project, A River Runs Through Hit (1992) returned him to mainstream success and is notable for bringing Brad Pitt to prominence.

He remains active today, both as an actor and director, with the occasional foray as a producer. 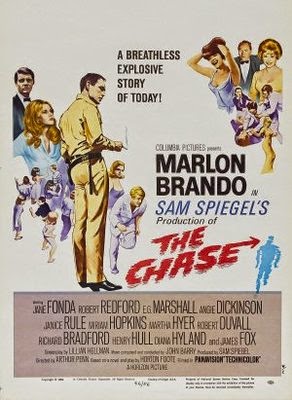 January 13: Start with Sydney Pollack’s 1968 overheated adaptation of Tennessee Williams’ This Property is Condemned with Redford and Natalie Wood at 8:00. Then it’s Redford’s 1967 reprise of his Broadway hit, Barefoot in the Park, at 10:00 pm. At midnight, it’s the excruciating Inside Daisy Clover (1965) with Wood again; and finally, at 2:15, it’s Arthur Penn’s interesting 1966 drama, The Chase, with Redford, Jane Fonda, Marlon Brando, Angie Dickinson, and for old-time movie fans, Miriam Hopkins and Martha Hyer.

January’s Friday Night Spotlight is dedicated to the film adaptations of Broadway superstar scribe Neil Simon. Simon began his career as a writer for such programs as The Phil Silvers Show and Sid Caesar’s Your Show of Shows. His Broadway debut came in 1961 with Come Blow Your Horn, which ran for 678 performances. After that, it was hit after hit: Barefoot in the Park, The Odd Couple, God’s Favorite, Chapter Two, I Ought to Be in Pictures, Brighton Beach Memoirs, Biloxi Blues, Broadway Bound, The Goodbye Girl, and Laughter on the 23rd Floor, among others.

So it was only natural that Hollywood should come knocking, seeing the money to be made in adaptations

January 2: We begin with The Odd Couple at 8:00 pm. Walter Matthau and Jack Lemmon were never funnier than in this 1968 adaptation of Simon’s Broadway hit. Then it’s Lemmon again, starring with Sandy Dennis in the Out-Of-Towners (1970) at 10:00 pm. It wraps up at midnight with Frank Sinatra, Lee J. Cobb, and the delightful Molly Picon in Come Blow Your Horn (1963).

January 9: Simon also wrote original screenplays, and we begin at 8:00 pm with his tribute to screen detectives, Murder By Death (1976). At 10:00 pm comes another original screenplay, an affectionate tribute to Bogart, The Cheap Detective (1978), starring Peter Falk, Marsha Mason, and the hilarious Madeline Kahn. At 11:30. we’re back to his adaptations with Plaza Suite (1971), consisting of three stories all set at the Plaza Suite hotel in New York City. And at 1:30 am. it’s his California Suite (1978), this time consisting of four stories set at the Beverly Hills hotel. 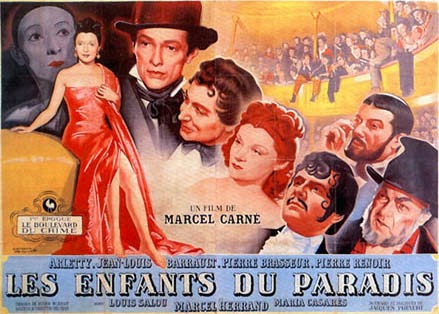 January 4: This night is reserved for one of the wonderful classics of cinema; a movie superbly written by Jacques Prevert and directed by the great Marcel Carne, and that film is Children of Paradise. It focuses on a theatrical troupe in 19th century France. Jean-Louis Barrault Jean-Gaspard “Baoptiste” Debureau, a romantic mime whose unrequited love for free-spirit Garance (Arletty) dominates his life, even after becoming famous on the stage. He’s not alone: Narcissistic actor Frederick Lemaitre (Pierre Brasseur) and master criminal Pierre-Francois Lacenaire (Marcel Herrand) are also pursuing her. However, all three are at a loss when Count Edouard de Montry (Louis Salou) enters the scene and convinces her to leave with him. Six years later, she returns to Paris and the rivalries are re-ignited, but this time with a deadly twist. Begun in 1943, during the Occupation, the film was not released until March 1945. Described by critics as an allegory of the Resistance, thing took a ironic turn when its leading lady, Arletty, was placed under house arrest due to her lengthy affair with Luftwaffe Colonel Hans Soehring, for whom she served as the proverbial “kept woman.” As it airs at the dreadful time of 2:00 am, recording is most advisable.

January 8: The anniversary of Elvis Presley’s birthday is also being celebrated with an all-morning and afternoon airing of his films. The best of the bunch are Viva Las Vegas (1964) at 11:15 am, and the concert film, Elvis: That’s The Way It Is (1970) at 6:00 pm.

January 11: The highlight of the day is Roman Polanski’s breakout film, Knife in the Water, airing at 2:00 am, followed by Purple Noon (1961), the best film version of Patricia Highsmith’s The Talented Mr. Ripley, starring Alain Delon in a remarkable performance as Tom Ripley. 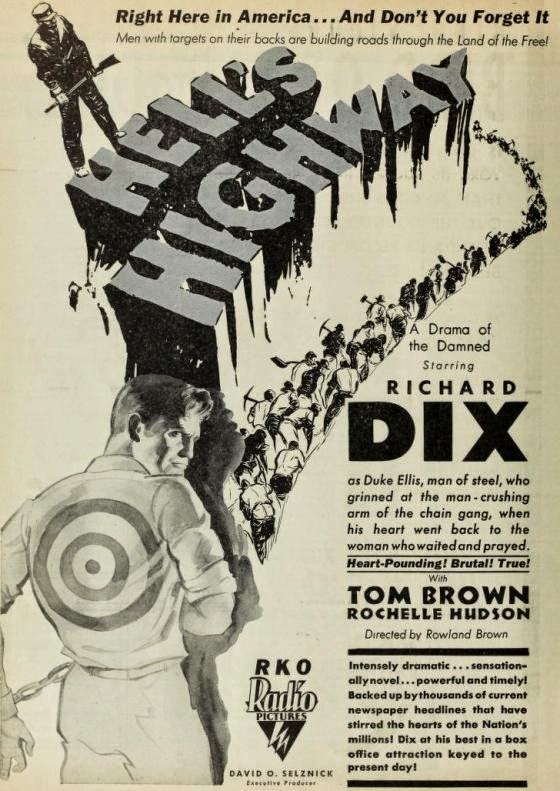 January 13: At the absurd hour of 4:30 am airs one of the great Pre-Code films “exposing” the crimes of the chain gang, Hell’s Highway, from 1932. Richard Dix stars as a convict on the corruptly-run gang who has to change his escape plans when he learns that his younger brother, Tom Brown, will soon be joining him. Magnificently filmed and running the gamut of everything from racial prejudice to homosexuality, it makes for a powerful film that, unfortunately, fall flat on its face at the end.