The Truth About Youth 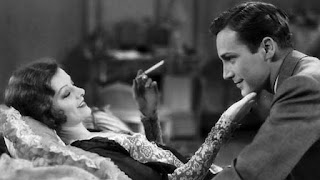 Myrna Loy is the show in this rather confusing rite-of-passage movie based on H.V. Esmond’s 1900 play, When We Were Twenty-One. Take Myrna away and the film is a snoozefest.

Richard Carewe (Tearle) is the guardian of Richard Dane (Manners), who is called “The Imp,” as they both share a first name. Carewe has raised young Richard since boyhood, a promise to his dying father. Also living in the Carewe household are housekeeper Mrs. Ericson (Stedman) and her beautiful young daughter, Phyllis (Young). Phyllis and The Imp are engaged, something Carewe has wanted since they were children. But things aren’t quite what they seem.

It is the evening of The Imp’s 21st birthday and the family is throwing a surprise party for him. But it’s The Imp who has the surprise. He calls Carewe to tell him he’ll be late on account of a lecture he has promised his old professor he’d attend. Carewe is disappointed, but keeps mum, telling the rest of the family Dick will be a little delayed.

Actually, he’ll be more than a little delayed. He’s at a nightclub, watching its main attraction, a chantreuse named Kara (Loy), who performs under the moniker “the Firefly.” The Imp is absolutely besotted with Kara and wants to marry her. The only problem is money – she is a no-pretense gold digger and he is a man without any gold. So he does what any man in his position does – he lies to her, telling her he’s filthy rich. Kara buys the story. He’s everything she’s looking for: cute and loaded. Her previous paramour, gambler Jim Green (Bailey), has hit a sour streak and run out of green, so Kara’s on the market to the highest bidder.

The Imp finally does make it home, all the worse for wear. At breakfast, Carewe questions him as to his whereabouts and the subject of the lecture. The Imp comes up with a lame story of a lecture on psychology and of going out afterward with his old professor and a few old classmates to continue their discussion. There is light moment when Carewe reads aloud a write up in the paper about Kara’s performance the night before. The Imp, nervous that his name will be mentioned, almost gives himself away in a fit of nerves. Fortunately his was not one of the included names. Carewe smells a rat, but goes no further in the discussion, other than to tell his ward that he missed a lovely party, even if he was saved a piece of birthday cake. 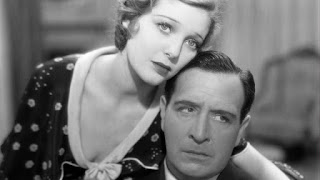 When The Imp gets up from the table to leave for class, Phyllis has a talk with Carewe. She goes on about how throughout the years Carewe has always given her and The Imp money for anything they want while he has never spent it on himself. In fact, he’s wearing the same clothes he has had for years. Carewe’s rejoinder is that he has never minded providing for them because he enjoys having them around.

Later in the day, Mrs. Ericson discovers a note that The Imp dropped when he came home. It’s from Kara, talking about being married and spending the rest of her life with him. She gives it to Phyllis, who reads it and is distraught. When she shows the note to Carewe, he covers up by saying he’s the “Richard” to whom the note was addressed. (They do share a first name). However, Phyllis is no less distraught, wondering how someone as morally upright and decent as Carewe could get mixed up with someone like Kara.

Carewe invites Colonel Graham (MacDonald) and Horace Palmer (Stubbs), The Imp’s other guardians, over his his house for a confab about the situation. They all agree that something has to be done. But while they are palavering, The Imp walks in on the party. He becomes quite upset and reiterates his plan to marry Kara, telling them there’s nothing they can do to stop him.

True to his word, The Imp marries Kara. On their wedding night, he makes the fatal mistake of telling her about his real financial situation. She blows at least 10 fuses, as all this time she thought he was rich. He tries to explain that he lied because he had to have her. Wrong move. For his pains, The Imp is forced to leave Kara’s room under a hail of knick-knacks thrown at him. Once out of her room, his hat and coat are tossed out after him.

Carewe visits Kara that night at the club. He offers her $5,000 for a month to pretend it’s him and not The Imp to whom she’s married. Kara thinks the idea is screwy, but $5,000 is nothing to sneeze at, so she goes along with the scheme. 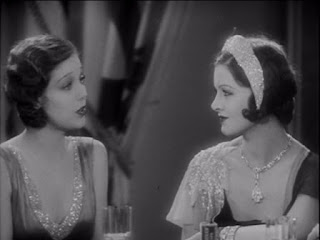 The next night, Carewe takes Phyllis, the Colonel and Horace to the club to see Kara perform. Phyllis becomes incredibly jealous of Kara, as she thinks that Kara is really with Carewe. Finally, Phyllis gets up from the table. She can no longer stand seeing the object of her true affection with another woman, tipping us off as what is really going on. Kara tells Carewe she thinks he’s using her to make Phyllis jealous. And to make the evening complete, who should show up later that night but The Imp? Three sheets to the wind, he happens to overhear people at the next table talking about how Kara has a new man, and it’s not him.

Kara retreats to her dressing room, where her maid tells her a man is waiting to see her. Kara tells the maid to usher him in. It’s none other than old flame Jim Green, who apparently has hit a lucky streak and returned to collect Kara. She hugs and kisses him just as Carewe walks in. Kara hugs Jim again and tells Carewe that the hug is grounds for a divorce. She hands back the $5,000 that Carewe gave her, telling him it’s been nice, but the love of her life is now here, so scram and take The Imp with him.

The next day, The Imp finally comes home. He tells Carewe he plans on moving out and heading west after everything that’s happened. But Carewe tells The Imp that everything is forgiven – he made a mistake, a big mistake, but he has learned from it. Feeling better, The Imp goes to Phyllis in the dining room where she is busy writing wedding invitations. He confesses everything to her, telling her that the letter really belonged to him. Phyllis is excited and very happy to hear that the letter did not belong to Carewe. She goes to the library and tells Carewe that he is the real object of her love. What about The Imp? Phyllis gently explains that The Imp is a simp, that it’s him she has always been in love with over the years. They kiss as the other two guardians arrive, with Palmer noting that the threesome is now going to be a foursome. Fade out.

This was the third film treatment of Esmond's play. It had two prior film treatments, both silent, made in 1915 and 1920, with the 1915 version directed by none other than film pioneer Edwin S. Porter co-directing with Hugh Ford. This was also the third time Loy had appeared in a film with Young where she played the vamp and Young the ingenue, the others being The Squall (1929) and The Devil to Pay (1930). Why the studio chose this material to film is puzzling. The play was written in 1900 and popular values had changed radically since then, what with World War 1 and Prohibition in between. 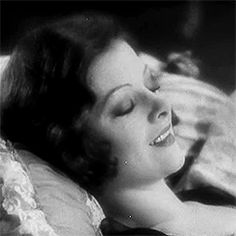 As mentioned previously, Myrna Loy is the reason to watch this limp drama. Her flashy and amoral Kara, whose taste in men runs to those "who crush the life out of me and make me like it,” is a flawless performance. She infuses Kara with just the right touch of cold-bloodedness, and her righteous anger when she realizes that someone as streetwise as she was flimflammed by The Imp is priceless, as she goes to the brink of overacting and pulls back nicely. Originally trained as a dancer, Loy handles Kara’s nightclub performances with ease, and it does appear that she’s actually singing the songs “Playing Around” and “I Have to Have You,” doing so with a light and enchanting voice. It’s a shame she didn’t have more scenes, as the film certainly could have used them. According to the article on the TCM database, Young would recall Loy as “one of the substantial, one of the very important, people in the motion-picture industry. Even when she started out, she had a quality about her, but by the time she got to MGM she was so well-seasoned. I loved that part of her career. That had real elegance, I thought. That's when she realized her full potential, because Myrna's one of those rare people with humor in our business ... She was always a little bit wiser, more compassionate and sophisticated.” A more apt description I couldn’t find.

Loretta Young is given little to do with her role other than react. David Manners also needed more time to develop his character. Tearle, on the other hand, is an actor with one expression and he wears it all through the picture, looking rather dissipated for his years and suffering from an ongoing case of indigestion. The most inexplicable leading man since Neil Hamilton, his film roles diminished over the years, most of them for Poverty Row studios, until his death from a heart attack on October 1, 1938, at the relatively young age of 60.


For those who are Pre-Code or Myrna Loy completists, this film is worth the time investment. Others might well find it interesting for Loy’s performance, which showed a promise that had to wait until she arrived at MGM to fulfill.
Posted by Celluloid club at 12:30 AM